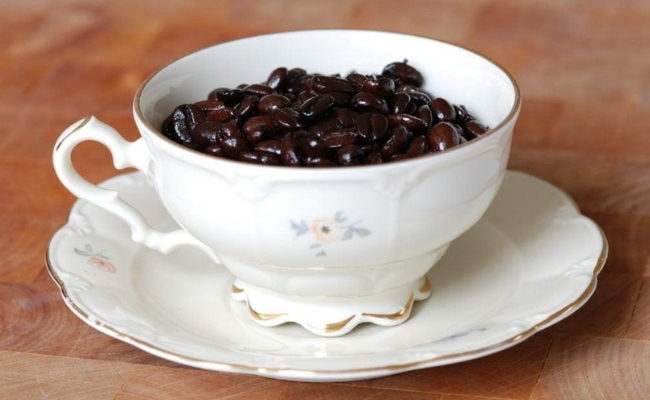 Ever wondered how much caffeine was in your cup of morning coffee? Drinking coffee can impact your health, and usually for the better. But consuming more caffeine than you can handle can sometimes cause negative effects, such as anxiety, heart palpitations and problems getting to sleep. So it’s always good to know how much caffeine we’re pouring into our bodies. To make it easier for you to work this out, the experts here at Amore Coffee have gathered together as much data as possible in this caffeine resource, allowing you to compare and contrast the caffeine levels of various different brands and types of coffee. We’ve also included tea and some other caffeine-rich soft drinks, just to help you get the whole picture.

The safe amount of caffeine changes depending on the person due to their individual tolerance, but as a rough guide 400–600mg of caffeine per day should be absolutely fine. This is equivalent to approximately 4–6 average cups of coffee. If your tolerance is much higher, you can drink way more. Just make sure you pay attention to how your body reacts to caffeine; it’s a fantastic stimulant with loads of positive health benefits (read our coffee health guide here) but only if it is enjoyed responsibly!

How much caffeine is in the average cup of coffee?

*The various espresso coffee beverages are all made with a shot of espresso with milk or water added. So this entry also incorporates Americano, Latte, Mocha, Flat White, Cappuccino and any other coffee beverage made from an espresso machine.

What coffee has the most caffeine in it?

Most coffee beans have a similar amount of caffeine, and the differences between them are negligible. However, some companies have gone to extra effort, either in the lab or the roasting and brewing process, to make their coffee as caffeinated as possible. Here are our top three most caffeinated coffee beverages:

These little guys pack a big punch, with 44.4mg/fl. Oz of caffeine. In each Nespresso capsule you’ll find 60mg of caffeine. To put this into perspective, if you were to indulge in an average-sized mug of coffee (12oz) filled with Nespresso you would consuming 532.8mg of caffeine!

Famous for their large cup sizes, this international coffee chain can also boast some of the most caffeinated coffee in the land. One shot of Starbucks espresso contains 50mg/fl. Oz of caffeine. And when you consider the double and triple shots you can get for larger beverages in Starbucks, the caffeine levels really start to add up!

With a name like Deathwish, this coffee brand ought to come in at number 1! Deathwish prides itself on having the strongest coffee in the world and they market themselves around this. With 55mg/fl. Oz of caffeine, Deathwish produces coffee much stronger than the average espresso. In the average 12-ounce mug of Deathwish coffee there is 660mg of caffeine, which is over twice as much as most common coffee brews!

How much caffeine is in your cup of tea?

The following table shows how the amount of caffeine (in milligrams) in the average cup of tea changes the longer it is brewed.

As you can see, beverages made from brewing tea leaves have much less caffeine than coffee, but they can be made much stronger if you are patient and allow them to brew for longer.

How much caffeine is in other soft drinks (Energy drinks, pop, etc.)?

The following table contains information about the amount of caffeine (in milligrams) in an average-sized glass (around 12 oz or 330-340 mL) of several of the most popular energy drinks and other soft drinks.

And that’s it. We hope you’ve learned a thing or two and that this caffeine resource proves useful. We’re passionate about coffee here at Amore Coffee and we’re interested caffeine its role in many of the beverages we drink on a daily basis. Please get in touch with us if you have a coffee-related question or if you’d like to enquire about our coffee machine rental service.