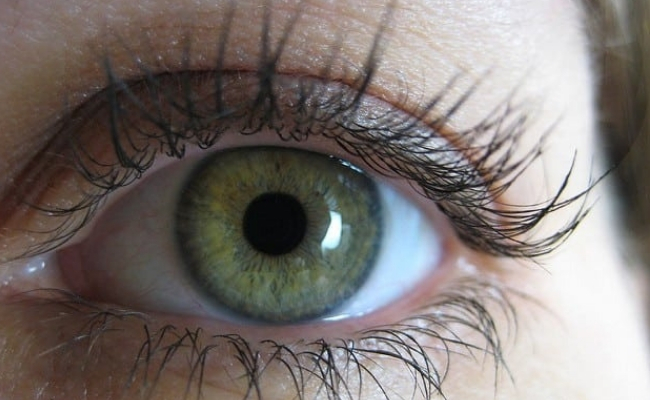 Coffee seems like an unavoidable aspect of everyday working life. Some people claim they can’t work until they’ve had their morning coffee, and others guzzle it constantly throughout the working day. There are a lot of good and bad things said about coffee on the internet, and many of these claims contradict each other. But you can separate the fact from the fiction by spending a little more time reading around the topic. However, we’ve done some of the hard work for you, by gathering together the relevant information. This article will explain some of the health benefits that coffee offers and how it affects people working in an office environment.

Does coffee improve your brainpower?

This is true; the caffeine in coffee is a stimulant proven to improve concentration, alertness and memory. This makes it perfect for office work and waking yourself up in the morning. The alertness also makes it less likely that you will make a mistake at work. There have also been studies that found a link between caffeine consumption and resistance to dementia (with Alzheimer’s being the most famous example). The study linked above looked at elderly people, some of which had developed dementia and others who had not. The study found that those who didn’t develop dementia had almost twice as much caffeine in their systems as those who did develop it. This study isn’t definitive, however, as we don’t fully understand the relation between memory and caffeine, but a lot more research on this is expected in the near future.

This is definitely a myth. How many times has someone at work spoken about how their coffee has gone straight through them because it’s a diuretic?  They may be urinating more because they’ve been drinking plenty of coffee, but they’d be going to the toilet almost as much if they were drinking water as the diuretic effect of coffee is very slight. Therefore coffee is just as hydrating for you as normal water is.

Does coffee improve your eyesight?

This is true. The caffeine in your coffee causes your adrenal glands to release adrenaline which causes your pupils to dilate slightly, allowing more light into your eye, which sharpens your vision slightly. This effect is ideal for any office worker who spends long periods of time staring at a computer. It’s especially handy for anyone working with spreadsheets and complex data where a sharp eye is necessary—even after hours of fatigue.

Is caffeine good for your lungs?

The caffeine in coffee positively affects your lungs, opening them up so that it’s a little easier to breathe. This effect works similarly to a drug called theophylline that doctors give patients with respiratory problems to make it easier for them to breathe. Breathing deeply and efficiently affects your energy levels significantly; it’s why you yawn when you’re tired as your posture has drooped making your breaths shallower. This is why many workplaces advise employees to be aware of their posture and to stretch every twenty minutes or so. This is a small benefit when considered on its own, but energy levels affect performance and happiness levels, so it can have a huge effect on the overall happiness and productivity levels of workers.

Does coffee make you happier?

Surprisingly, this perception is based on a truth. Coffee helps stimulate the release of dopamine, which is a hormone that causes us to feel happier and less anxious. This is particularly important when you consider the negative effects that stress has on people, especially whilst a work. Keeping morale up in an office is important; a happy, content attitude can be an infectious thing—as can a negative, unhappy attitude…

Does coffee stimulate your bowels?

It’s a proven fact that coffee stimulates your bowels, speeding up when you next make a movement. This effect has even been found to occur with decaffeinated coffee, so it is obviously an effect caused by some other chemical with coffee other than just caffeine.

Does coffee give you energy?

It is widely held that coffee gives drinkers energy. But this isn’t strictly true, it just makes you feel that you are less tired. Unless you have it with sugar, coffee provides no fuel. Without a decent night’s sleep behind you and food in your stomach, expect coffee to cause you to burn out quicker. Think of it this way: coffee causes you to use burn the energy you’ve already got faster but it doesn’t provide any energy of its own.

Does coffee stop you sleeping?

Unsurprisingly, this perception of coffee is bang on the money. Not only is coffee a stimulant, making you more awake and alert, but it also interferes with your natural body clock as it delays the release of melatonin. Melatonin is our sleep hormone and it helps determine when we feel sleepy. This means that you shouldn’t have coffee in the evening or in the late afternoon, depending on your sensitivity to caffeine. But this really isn’t a problem for office work as sleep usually isn’t encouraged during 9–5 working hours…

Is coffee good or bad for you?

This answer isn’t simple. People that are very sensitive to caffeine ought to be careful, as should people with anxiety disorders and heart problems. Each individual person should weigh up how coffee affects them. To generalise, though, there are many health benefits to drinking coffee that make it a positive force in an office environment.

So what should employers do about this?

So coffee makes employees happier, more alert, and healthier. It hydrates them and can sharpen their vision. So it’s definitely a good thing for your employees to be drinking on a daily basis. The main piece of advice is to make sure your employees have access to as much free coffee as they want. If you can budget for it, don’t make them pay for their coffee as they may then ration how much they drink.

Another solid tip is to invest in a proper coffee machine, as it will make nicer coffee and take much less time for employees to prepare. All of the times the kettle boils adds up to a lot of wasted time, so a coffee machine lets you cut down on this wastage significantly. It’s best that you lease coffee machines instead of buying them as they’re expensive to buy outright. Amore Coffee are good because we provide trained engineers to fix your coffee machine when it breaks and we offer training on how to work them. Leasing is also great because you get the service and reassurance of a rental agreement but you own the coffee machine at the end of the terms. Amore Coffee has laid out a coffee leasing FAQ if you have any more questions about the process.

And that’s it for this article. We hope you’ve learned a lot more about coffee and the potential positive impacts in can have in the workplace. And if you’re interested, there is plenty more online for you read.