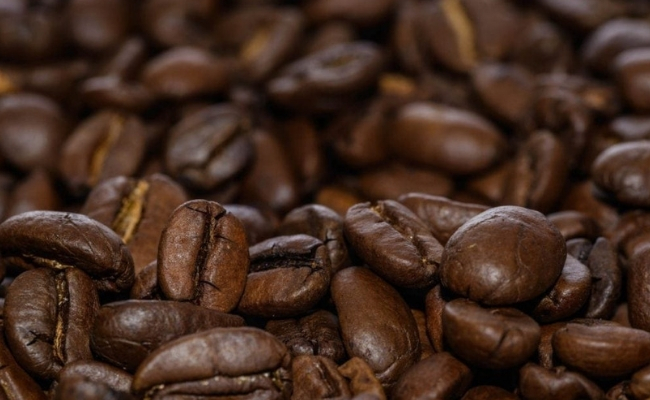 If you’re curious about where coffee comes from, where it grows, and when coffee was first turned into the delicious beverage we know today, then you’ve come to the right place. Coffee has well and truly conquered the world. Cafés, coffee shops, and coffee stands have found their way into most cities and towns across the world. Our love affair with coffee is so strong that some people won’t start their day without it. But even though coffee is now a worldwide phenomenon, it didn’t start out that way. This article seeks to explain where coffee comes from, where coffee is produced, and how this humble bean (that’s really more of a cherry) has travelled across the world.

Where does coffee come from?

Coffee beans grow in ‘The Bean Belt’ (pictured above), a name given to the area close to the Equator stretching around the middle section of the globe where it is sunny all-year-round. This necessity for all-year sun is why parts of South America, Central America, Central Africa, South and South East Asia are the only places where growing coffee is possible. It’s also why no coffee is grown in meaningful quantities in Europe or North America.

Top 20 countries that produce coffee (all data from FAOSTAT)

Coffee beans are grown across ‘The Bean Belt’. These twenty countries grow more coffee beans than anywhere else:

Where was coffee first discovered?

Also known as ‘the coffee shrub of Arabia’, Arabica coffee was originally discovered in the highlands of Ethiopia and it is believed to be the first type of coffee ever to be cultivated. It only grows at high altitudes, which also earned it the name ‘mountain coffee’. As time went on, the Arabica coffee plant was traded and planted in other African locations, such as:

Nowadays, Arabica coffee has been planted all along the coffee belt, in anywhere with high altitudes. Today, it is cultivated in Africa, Central and Southern America, Southeast Asia and even China. There is a lot of money to be made in the coffee industry, so anywhere warm and high up enough is usually cultivated by coffee farmers!

When was coffee invented?

The coffee bean has evidently been around for a long time, but the roasting and grinding of said beans to make a warm beverage is a much newer phenomenon. Although coffee beans were first discovered in Ethiopia, the first evidence of coffee being used to make a beverage are in the 1400s in Yemen, by the monks in Sufi monasteries. The monks drank coffee to aid in their rituals and it is believed that before it was drunk, it was chewed by people who desired its stimulating effects.

From Yemen, coffee made its way to Mecca. From Mecca it spread to the rest of Arabia — to Cairo, Bagdad, Aleppo and Constantinople. And all of this occurred in a matter of decades. In the early 1500s Mecca banned coffee for its stimulating effects, but this ban was overturned by the Ottoman Turkish Sultan in 1524.

By the end of the 1500s coffee had spread throughout the entire Middle East and it made its way to Venice, Italy, by the early 1600s. Venice was a vibrant trade hub between Africa and Europe, so it makes sense that it would get hold of the first coffee being shipped to Europe. The first coffee shop outside of the Arab world was opened Venice in 1645 and Italy’s love affair with coffee only grew and grew from there. Italy has had coffee for longer than any other part of Europe, and its coffee culture is, undeniably, more refined than anywhere else. It’s from Italy that get our most popular coffee beverages, such as espresso, café latte, cappuccino, macchiato, and many many more. Coffee moved from Italy, and up through the rest of Europe, furthering its campaign of world domination.

Despite being quite far away and more famous for its love of tea, England got hold of coffee before France, Germany and many other European countries. This was mainly due to the excellent trade routes established by the British and Dutch East India Trading Companies. The first coffee shop to open in England was in 1654 in Oxford. In fact, Queen’s Lane Coffee House is still around today! Within the next twenty years there were over 3,000 coffee houses spread though most of England and coffee is still cherished in England to this day.

Coffee got to North and South America with the help of Dutch trading companies. They brought coffee to the East Indies too (Now the Republic of Indonesia), which is now the world’s third largest coffee producer. Coffee needed warmer temperatures than much of North America had to offer, so instead it flourished in Central and South America. In fact, coffee has grown so well in South America that Brazil is now the top country for coffee production in the world, with Columbia, Peru, and Venezuela all making the top 20. And it has grown just as well in Central America, with five of its countries in the top 20 list for coffee production.

So, although coffee started its journey in Ethiopia in the 15th century, it has moved and flourished across the world ever since. It’s a testament to its great flavour and invigorating properties that it has been adopted, grown and loved on every continent that rests of the Equator. And with each country’s unique climate, varied soils and cultures, we are treated to a variety of unique coffee flavours. Global coffee culture has never been richer, and it has never been a better time to be a coffee enthusiast.

How do coffee beans grow?

Now that we know where it came and where it grows, it’s interesting to know how coffee grows. Coffee beans aren’t beans at all. The word bean usually means that something is a legume, but coffee beans are not legumes. They are seeds found within coffee cherries. Farmers plant coffee seeds in seed nursery’s and water them regularly. When the seed has germinated and grown into a small seedling, it is transported to a larger, individual flower pot.

It then takes 3–4 years for the coffee plant to grow into maturity and produce a large yield of the red cherries pictured above.

How do you make coffee with from bean-to-cup machines?

Bean to cup is a phrase used nowadays to describe the most wholesome kind of coffee machines where the beans are ground as you use them. This way, the flavoursome coffee oils and tasty goodness doesn’t have time to evaporate or go stale. For the ideal bean-to-cup coffee, you need to harvest fresh coffee beans and roast them perfectly.

We get the flavour out of the coffee bean (which is really a seed) by stripping away the red cherry flesh and roasting the seed inside. The roasting process intensifies the flavour and dries it out. The roasted beans are then stored in a cool, dry place, ready to be packaged into the coffee pods and sachets used in our wonderful coffee machines. The whole process of planting, to farming, harvesting and roasting takes about four years. The next time you take a sip of your morning coffee, think about the four to five years it took to get to your lips.