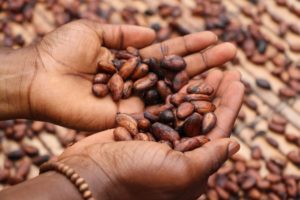 No one knows exactly when or how coffee was discovered, or even how old the plant it comes from is. The history of coffee dates back to the 15th century, with earlier legends of its discovery and first use dating back even further.

As the origins of coffee beans is quite mysterious, we’d thought we would write another blog post focusing on the most popular legends surrounding its discovery. For more facts about the history of coffee, check out our earlier blog post on the topic.

A popular legend involves the Moroccan Sufi mystic, Ghothul Akbar Nooruddin Abu al-Hasan al-Shadhili. When travelling through Ethiopia, he noticed birds displaying an unusual amount of energy after feeding on the berries of a particular species of plant. After trying the berries himself, he also experienced a similar boost in energy.

Did you know that Ethiopia is the only place in the world where coffee grows wild?

Other accounts associate the discovery of coffee to Abu al-Hasan al-Shadhili’s disciple, Omar. Well-known for his ability to cure the sick through prayer, Omar was exiled from Mecca and forced to live in a desert cave.

Desperate and starving, Omar chewed on the berries from a nearby plant, but they were too bitter. He then tried roasting them, but they were too hard. Finally, he tried boiling them, which softened the beans and resulted in a fragrant brown liquid we now call coffee.

After drinking the brew, the story goes, Omar felt revitalised and was able to sustain himself for many days. Word of his discovery soon reached Mecca, and Omar was asked to return and made a saint!

Another popular legend, which also places the origins of coffee in Ethiopia, attributes its discovery to a 9th-century goat herder called Kaldi.

Kaldi noticed the effects of coffee after his flock ate the bright red berries of a certain tree and became so energetic that they didn’t want to sleep at night! After chewing on the berries himself, he experienced a similar feeling of exhilaration and a very excited Kaldi brought the berries to a monk in a nearby monastery.

One version of this legend says that the monk disapproved of their use and threw the berries into the fire. But an enticing aroma rose up from the flames and the other monks, curious, came to investigate. The roasted beans were raked from the embers, ground up and dissolved in hot water, and the world’s first ever cup of coffee was made.

Another version tells the story of how the monk made a drink with the goat herder’s berries and it kept him alert through the long hours of evening prayer. Knowledge of the energising berries quickly spread to the other monks at the monastery.

Soon after, word moved east and reached the Arabian peninsula. This is where the history of coffee truly begins, as it sparked the journey which would spread the beans across the globe…